The Practice of English Language Teaching with DVD -4th Edition

Quote:
In this new edition, Jeremy Harmer brings you *the evolving identities of global English *the impact of technology on teaching *the issue of context-sensitive methodology *DVD with clips from real classrooms, observation tasks and interviews.

The Story of English

The Story of English is the title of an Emmy Award winning nine-part television series, and a companion book, both produced in 1986, detailing the development of the English language.

The book and the television series were written by Robert MacNeil, Robert McCrum, and William Cran. The book has been revised twice, once in 1993, and again in 2002.

The documentary series was directed by William Cran, and originally broadcast on BBC and PBS. It was co-produced by MacNeil-Lehrer Productions and the BBC, and was principally funded through a grant from General Foods. The third episode, "A Muse of Fire", won the 1987 Primetime Emmy Award for Outstanding Individual Achievement - Informational Programming - Writing. The series was released as a 5 tape box set in 2001, running 495 minutes.

The book and series have been used in University courses.

The Oxford Essential Guide To Writing

In The Name Of Allah 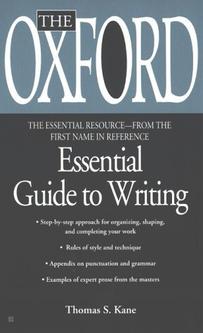